Below is an outline of our swimming sessions

The club don’t directly run a learn to swim programme but have strong links with 1610 who run the swimming pool in Bridgwater. 1610 and Trinity Sports and Leisure is an official partner of Bridgwater Swimming Club and is our preferred provider of learn to swim in the area. They run lessons for all ages and abilities. For more information please follow this link.

1610’s Rainbow Swim Academy directly feeds to the club so all swimmers that learn with 1610 will be given the opportunity to join the club when they are ready to do so.

As a minimum swimmers must be able to swim 25m in two recognisable strokes to start swimming with the club. There are no minimum age limits.

Our pre-squad is aimed at swimmers that can swim a minimum of 25m in two recognisable strokes. While they are in the pre-squad swimmers will work towards stages 5-10 of the ASA National Plan for the Teaching of Swimming. There is no expectation for swimmers to compete for the club but that’s not to say they can’t either, swimmers will be encouraged to enter the clubs own annual championships and time trial events.

The pre-squad directly feeds into the clubs Junior Squad. To find out what swimmers need to do to be promoted please see the club route page.

Our junior squad is the first competitive squad within the club structure, and aims to introduce swimmers to competition softly if they haven’t already experience this so far. Swimmers must achieve a certain speed before they will be accepted into the squad as well as being to at the least the standard of stage 7 of the National Plan for Teaching Swimming. To find out more about how swimmers are moved within the junior and squad structure please down load the squad guidelines on the club route page.

Currently the highest squad available at the club, swimmers must be able to swim at a certain speed before being moved up to squad, as well as being able to maintain stroke technique and sound skills including starts and turns, and keep to training sets. To find out more about the what times the swimmers need to achieve before being moved up to squad please down the squad guidelines here.

Swimmers are expected to be available for selection for gala’s and relay teams and should regularly enter open meets.

The clubs Squad forms the Train to Train section and Train to Compete sections of long term athlete development. 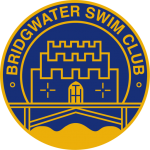